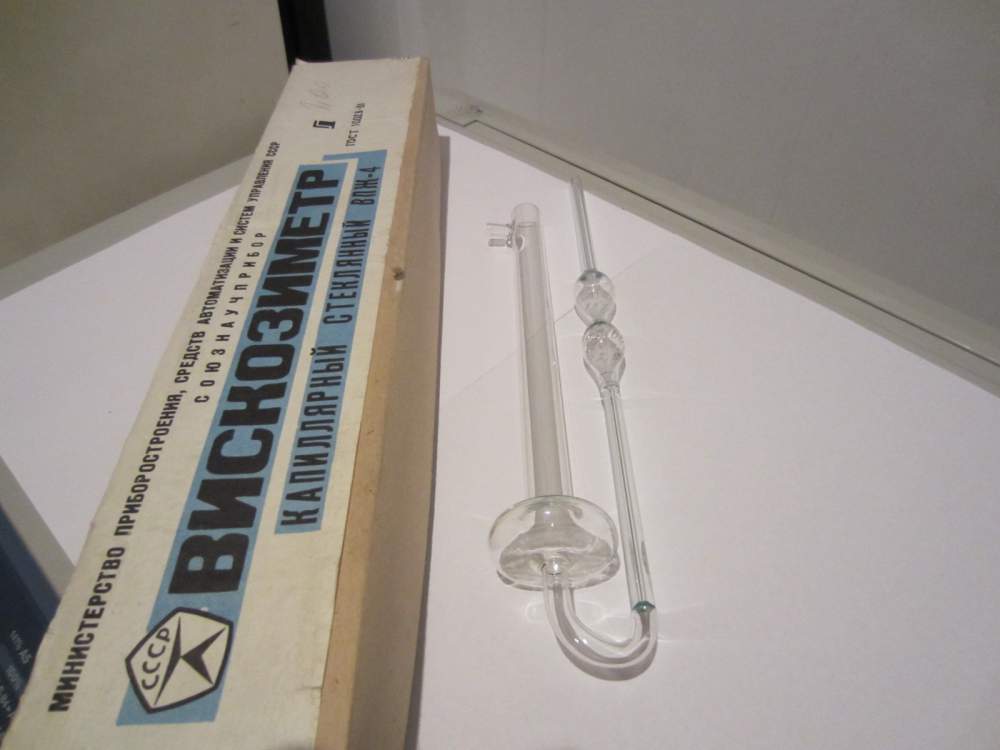 In stock
Price:
173.03 UAH
Brand:Югсинтез
Country of manufacture:Ukraine
Buy
Description
VPZh-1-10-HS3 viscometer
The viscometer — the device for determination of dynamic or kinematic viscosity of substance.
Kinds of viscometers:

The principle of action is based on calculation of time of course of the set liquid volume through a narrow opening or a tube, at the set difference of pressure.

If the current of liquid in the device is carried out only under the influence of weight, then during the operation of the capillary viscometer kinematic (not dynamic) viscosity is defined. By means of the capillary viscometer are measured viscosity from 10 mkpas (gases) to 10 kpas.
Viscometers capillary VPZh are used to determination of kinematic viscosity of transparent liquids at positive and negative temperatures in all industries where fuel and lubricants oils, in laboratories of petrocreameries, in mechanical engineering, construction, etc. are used.

Measurement of viscosity by means of the VPZh viscometer is based on definition of time of the expiration through a capillary of a certain volume of liquid from the measuring tank. At the same time determination of kinematic viscosity is made on a formula:
V = g/9,807*T*K, where
g - acceleration of gravity in the place of measurement,
T - expiration time,
To - a viscometer constant. 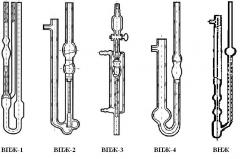 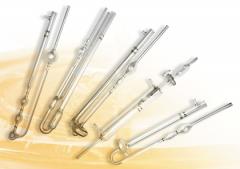 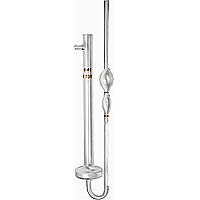 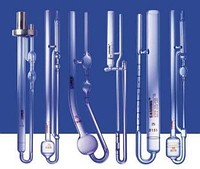 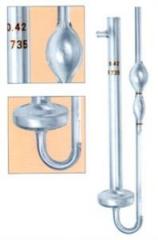 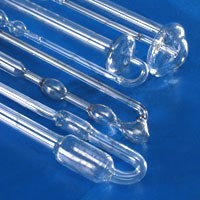 VPZh-1-10-HS3 viscometer in other languages